Patanjali and the Yoga Sutras

The Yoga Sutras are 196 short aphorisms written 2500-3000 years ago by someone named Patanjali as an instruction manual for living an enlightened life. This highly-influential work is divided into four chapters or padas and includes a detailed description of the the eight “limbs” of yoga (see illustration above).

In January of 2014, yogi Mark Zimmerer wondered what this ancient text might have to say to us in the 21st century and began the project of compiling various English translations of the Sutras into one document.

Zimmerer gave a talk at the Boise Unitarian Universalist Fellowship in July, presenting his insights on the various translations, while mixing in modern cultural touchpoints ranging from Star Wars to Kurt Vonnegut. He states, “In Patanjali’s time, [yoga] was not acrobatics, aerobics, cardio kickboxing or yoga booty boot camp.” According to Patanjali, “Yoga is the cessation of the fluctuations of the mind.” END_OF_DOCUMENT_TOKEN_TO_BE_REPLACED

A Prayer for Peace 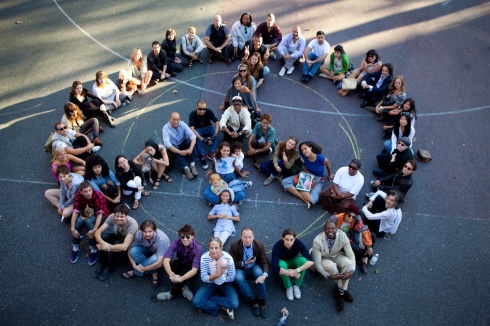 Thank you for this day and the infinite potential for love, forgiveness and peace that lives in it.

Today we honor and remember all of those we’ve lost — young and old. Those we know by name, and who are a part of our community. And also those we never had the privilege of meeting, but shared with us a common ideal or our common humanity.

We pray that the families and loved ones of those we’ve lost — those suffering from pain, grief, depression — find love and peace in their hearts. We pray that they are consoled.

We also pray that the inconsolable among them eventually find love, peace and forgiveness when they are ready, and when the time is right.

We hold a vision of peace that begins with ourselves — a light that pours forth from our hearts and extends into our communities and communities like ours around the world; Until that healing light covers the earth and we stand together — cleansed, detoxified, awake — as one human family.

The Case for Christ Consciousness

“The most important Gospel you’ll ever read is the one that you write.” – Reverend Russell Heiland

Maybe it’s because Christmas is approaching or possibly because I’ve neglected this topic for too long — tip-toeing around the various masculine forms of spirituality — but today, I want to talk about Jesus.

What I don’t want to do is discuss his love life or his blood line. I don’t want to get into the metaphysics of the Trinity or the virgin birth, or his death and resurrection (we’ll save that for Easter), and I definitely don’t want to talk about original sin. That, we can leave checked at the door. Permanently.

I would, however, love to talk at length about what Jesus — this middle eastern man with a rebel spirit and pathological contempt for authority — was able to accomplish in his short life. But there’s one problem. And it’s a pretty big one. Jesus’ life may not have happened at all. At least, not the way we might think.

There’s a curious 40-70 year span that occurs between Jesus’ death and the time that the apostles and their descendants were “inspired” to write the Gospels. That, combined with the fact that more than half of the Gospels weren’t even written by men alive during Jesus’ time, gives one cause for wonder. I, myself, wonder if I would trust the acquaintances of my friends (even if I considered them “disciples”) to correctly quote me two generations later about something as important as what I believed to be the “good news,” the living Word of God.

There’s also the ancient and familiar origins of the Jesus myth itself. The story of Jesus was not new to people at the time. In fact, Jesus’ life story has so many elements in common with other (and pre-existing) Mediterranean and Middle Eastern god-man hybrids — like the Persian story of Mithras (whose birth was attended by three shepherds), the Egyptian legend of Osiris (who was assassinated by conspirators, defeated death and returned to rule the afterlife), the Greek Dionysus (who celebrated a “last supper” with twelve trusted associates before his execution) and Zoroaster (also from Persia, who was “born of a virgin mother” and come to “crush the forces of evil”). Even the Hindu deity Krishna (thought to have lived anywhere from 3228 to 3rd Century BCE) is thought to be the inspiration for the Jesus myth (his father was a carpenter, his birth was marked by the appearance of a star, he healed the sick and the lame).

Any (or all) of these stories could prove to be the inspiration for the Jesus mythology, but not vice versa. In fact, St. Augustine of Hippo (354-430 CE) wrote, “This, in our day, is the Christian religion, not as having been unknown in former times, but as having recently received that name.”

So, if Jesus’ life was simply a more effective re-telling of re-hashed pagan and Occident stories and legends, then why does he matter? And, if we could separate the mythology of Jesus — of which so much has been added to after his “death” — from the message or teachings of Jesus, what might distinguish him, philosophically, from the hordes of other virgin-born messiahs of the day?