Top 8 Ways to Disrupt Your Own Routine

We all have a daily routine. We’ve all felt the need to break out of it.

By allowing ourselves to wear the same path in the carpet or highway, we become rigid, fixed in our ways and comfortably numb. By disrupting our own routine, we dose ourselves with a small but much-needed shot of adrenaline, enabling our “fight or flight” mode and forcing our problem-solving skills to show up front and center.

Blogger and motivational speaker Glenn Lim suggests keeping a “Disruption Diary,” asking yourself daily, “What is something I can do today for the first time?”

Frank Barrett, author of Yes to the Mess, even says that “being uncomfortable” can spur large-scale innovation and our best creative thinking.

DISRUPT YO’ SELF: Watch Frank Barrett explain “provocative competence” and the disruptive origins of Miles Davis’ Kind of Blue. 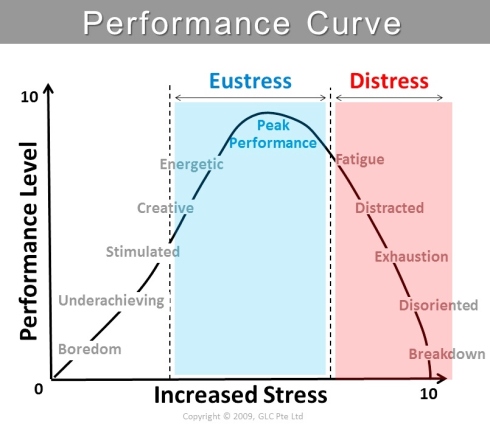 Here are some no-cost, easy ways to integrate some imperceptibly powerful tools into your daily grind. They’re short, they’re quick and there are no excuses for not trying each and every one of them. These eight simple actions will force you to take other perspectives or gently expand your own awareness.

Try any of these daily disruptors for a week and see if you can detect any lasting change in your mood or your behavior. Then leave a comment detailing your results.

1. Step Outside
Easy, right? Take a walk or just stand in the sun soaking up the Vitamin D. This could be a brisk jaunt around the block, or end up leading to a new adventure downtown. Be unafraid and allow yourself to go where you are led.

2. Change Your Route
Whether you are in the car on the way home from work or on foot and on your way to eat lunch at your regular spot, take a moment to follow your natural-born instinct to hunt. In her book, The Bond, Lynne McTaggart describes how the brain’s dopamine levels increase when you follow your nose, anticipating the experience of something for the very first time. Whether you decide to turn left instead of right, or follow a butterfly down a side street or swing by that newly-opened business that you’ve been dying to check out, straying from your well-worn path can be highly rewarding.

3. Set Mindfulness Reminders
Set an alarm or a reminder on your phone for the same time every day (mine is 11:11 a.m.) and take a minute to simply think of something you’re grateful for or to sit in silence and meditate. Check your posture, let your shoulders fall, and do some neck rolls or some office chair yoga. A reminder or alarm every day can provide a disruption to an otherwise monotonous routine. Tip: once the reminder itself becomes a monotonous routine, change the time! END_OF_DOCUMENT_TOKEN_TO_BE_REPLACED

Scientific discoveries over the past century have led to the realization that our visible world is part of a vast sea of invisible energies that link everything in the universe. The human mind and body, rather than being separate from the environment, are a power center that is constantly interacting with this field of quantum energies and influences.

The implications are enormous — consciousness and intention are central in shaping your world.

Lynne McTaggart is the author of the international bestsellers, The Bond, The Field and The Intention Experiment, she is also the editor of the wellness journal What Doctors Don’t Tell You, and the world’s foremost expert on the science of intention.

On Friday, September 20, Lynne will appear at HCC (Dale Mabry Campus) to discuss how we can bridge the worlds of science and spirit, and announce the launch of the first Intention Project in Tampa Bay! She will build on her discoveries to offer a radical new blueprint for living a more harmonious, prosperous and connected life.

Get your tickets now at bit.ly/lynne2013

Creating a Cohesive Worldview (Part 2: The Map and The Territory) 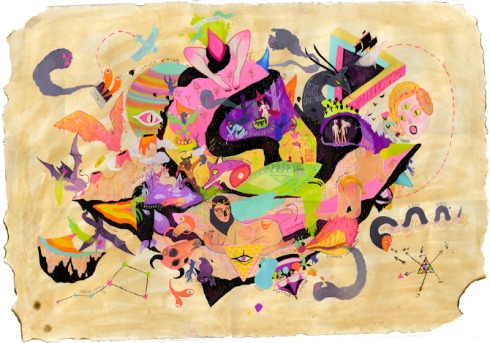 Too often, we confuse “spirituality” with “religion,” or the words are used interchangeably, without any thought given to their subjective meaning. Is spirituality the interior personal experience, and religion the sacred doctrine or holy law? Does spirituality become religion when we try to share it with another person or pass it on to another generation? Could they be two subtly different ways of describing the same experience?

Religion is not only our shared set of values, or the way we create meaning in the world, or our method of contemplating the universe (Oneness, Brahman or God). Religion is made of many perspectives in many locations, and is the key to co-creating a multi-dimensional worldview. Religion is a map that is continually being drawn from the inside. And while it was Alfred Korzybski who coined the term “the map is not the territory,” Korzybski himself knew that our “knowledge of the world is limited both by the human nervous system and by the structure of language.”

For the sake of analogy, let’s briefly consider a full, rich, complete and conscious life to be both – the exterior and the interior, the media and the message, the sheet music and the song itself. We must make this distinction, as some people have the map firmly in hand (some even know it by heart), but have never once planted their feet on the ground. And some people have lived in a place their entire life but never truly know where they are in orientation to others.

If religion, then, is our spiritual map of the world – a man-made rendering co-created by a collective consciousness, yet always falling short of the ineffable whole of the Cosmos – then which maps (or parts of them) should we keep, and which should we discard? Where are the unexplored places that we should continue to chart on our own?

Consider the ancient cartographer’s parchment with those dark and dangerous areas illustrated with inky shadows and fanged sea monsters (“Here there be dragons!”). Those areas remained ominous and unknown until some brave and courageous (and most times, well-funded) soul ventured into the darkness and provided detailed reports of the seas, deserts and caves. Are there any of these dragons left today?

Or what about the bright and colorful Rand McNally road atlases? As children, they kept many of us active in the backseat during cross-country road trips with their arterial red and blue highways stretching across each page. But, the states were sorted alphabetically, not spatially or intuitively, and occasionally you’d hit some road construction that wasn’t on the map. Then, you’d have to pull out a pencil and chart your own course. How do we sort, classify and organize the maps we use today?

From these subtle changes in roadways, borders and territories to huge shifts in actual landmass, the world has changed dramatically since these maps were drawn, and continues to change faster every day. Google Maps now provides a modern, interactive, up-to-the-minute rendering of the entire planet, delivered to the screens in our vehicles and the devices in our pockets. Every shadow and corner of the world is now available on a display at your fingertips.

Which spiritual maps (or religious worldviews) are we holding onto out of sentimentality or posterity? Which sections of these interior maps and mythologies can be left behind, and which are just as true and relevant today as the day they were written? END_OF_DOCUMENT_TOKEN_TO_BE_REPLACED

The Case for Christ Consciousness

“The most important Gospel you’ll ever read is the one that you write.” – Reverend Russell Heiland 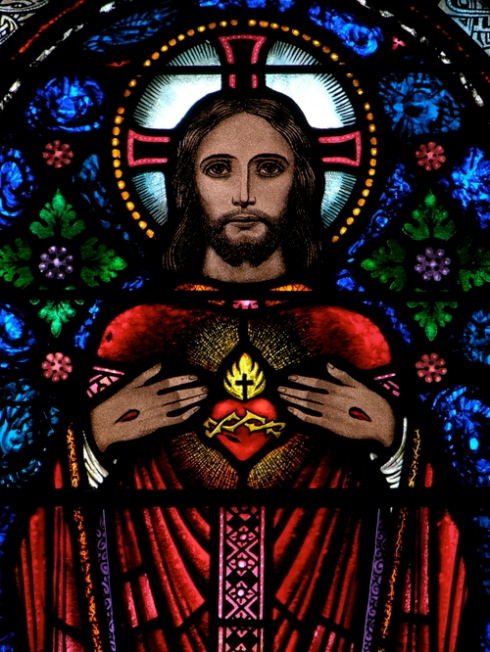 Maybe it’s because Christmas is approaching or possibly because I’ve neglected this topic for too long — tip-toeing around the various masculine forms of spirituality — but today, I want to talk about Jesus.

What I don’t want to do is discuss his love life or his blood line. I don’t want to get into the metaphysics of the Trinity or the virgin birth, or his death and resurrection (we’ll save that for Easter), and I definitely don’t want to talk about original sin. That, we can leave checked at the door. Permanently.

I would, however, love to talk at length about what Jesus — this middle eastern man with a rebel spirit and pathological contempt for authority — was able to accomplish in his short life. But there’s one problem. And it’s a pretty big one. Jesus’ life may not have happened at all. At least, not the way we might think.

There’s a curious 40-70 year span that occurs between Jesus’ death and the time that the apostles and their descendants were “inspired” to write the Gospels. That, combined with the fact that more than half of the Gospels weren’t even written by men alive during Jesus’ time, gives one cause for wonder. I, myself, wonder if I would trust the acquaintances of my friends (even if I considered them “disciples”) to correctly quote me two generations later about something as important as what I believed to be the “good news,” the living Word of God.

There’s also the ancient and familiar origins of the Jesus myth itself. The story of Jesus was not new to people at the time. In fact, Jesus’ life story has so many elements in common with other (and pre-existing) Mediterranean and Middle Eastern god-man hybrids — like the Persian story of Mithras (whose birth was attended by three shepherds), the Egyptian legend of Osiris (who was assassinated by conspirators, defeated death and returned to rule the afterlife), the Greek Dionysus (who celebrated a “last supper” with twelve trusted associates before his execution) and Zoroaster (also from Persia, who was “born of a virgin mother” and come to “crush the forces of evil”). Even the Hindu deity Krishna (thought to have lived anywhere from 3228 to 3rd Century BCE) is thought to be the inspiration for the Jesus myth (his father was a carpenter, his birth was marked by the appearance of a star, he healed the sick and the lame).

Any (or all) of these stories could prove to be the inspiration for the Jesus mythology, but not vice versa. In fact, St. Augustine of Hippo (354-430 CE) wrote, “This, in our day, is the Christian religion, not as having been unknown in former times, but as having recently received that name.”

So, if Jesus’ life was simply a more effective re-telling of re-hashed pagan and Occident stories and legends, then why does he matter? And, if we could separate the mythology of Jesus — of which so much has been added to after his “death” — from the message or teachings of Jesus, what might distinguish him, philosophically, from the hordes of other virgin-born messiahs of the day?