Science and Religion: Can We Have Both, Please? 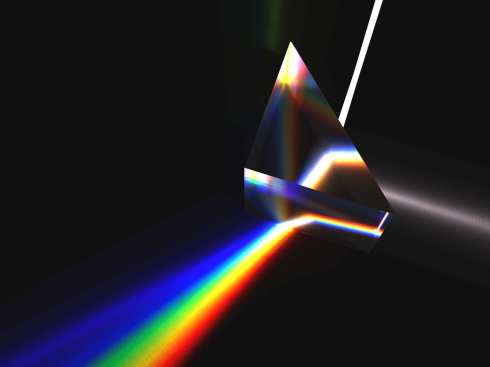 Have you ever wondered: What is the current role of religion in our society? Does religion do more harm than good? What does the future of religion look like?

Are churches, temples, mosques and religiously-affiliated nonprofits serving the greatest good of the community (or even the greatest number of common values of community members) with their programs and outreach?

We depend on religious institutions to grapple with life’s big questions and to provide peace and counsel in times of pain and suffering. We rely on them to connect individuals, families, neighborhoods and communities not only physically through face-to-face experiences and in service to others, but also virtually online.

Can we not also depend on them to evolve — to address the needs, values and beliefs of the world — to transcend and include?

Religious communities convene people physically in rooms together, but let us foster connections between the interior dimensions of those same individuals, families, and neighborhoods. These connections are formed around common values and teachings and this shared, intersubjective space called “we” is where the seed of the greater good can be planted.

Sometimes we are told that the teachings of science and religion contradict each other. But there are plenty of ways that science and religion might exist together, as two dimensions of our very complex reality. These subjects should be taught early and often as our ability to understand and our perception of the world changes over time. Certain amounts of doubt and skepticism to balance out our faith and wisdom can be healthy. Believing something (until we don’t anymore) is good for us — it keeps us flexible, responsive, engaged and alive.

THE SPIRIT OF THE COSMOS

In Sanskrit, the word namaste means that there is a light (Spirit, consciousness) inside of me that is identical to the light inside of you. There have been empirical scientific discoveries that explain this connection (from mirror neurons to quantum entanglement). And we also know from watching episodes of Cosmos that the matter that comprises the universe is at the same time connected by — and cradled in — vast regions of invisible or “dark” matter. Dark matter is involved in both the attractive and gravitational force between celestial bodies (that which keeps our worlds in place) as well as the repulsive force between solar systems (that which keeps our universe expanding). It is that same ubiquitous, unifying, dynamic and regenerative force that some call “God.” (May that force be with us, always).

We are still in the transition from modern to post-modern (hierarchy to holarchy, “text to context”), and we may have a tendency to rely too heavily on the advances and authority of science. We may feel we have outgrown the tribal and magical traditions of our ancestors through thousands of years of transcending and including. New stages always include those that have come before. Matthew Fox, the iconoclastic founder of the Creation Spirituality movement, once said, “we are not born onto this earth, but from it.” If we give ourselves permission to access and honor (even exalt) our tribal/magical roots, it may be through this process that we extend the much-needed consideration (not just behavioral change) to the ground from which we have come — showing our planet the same love and respect that we would show an elder.

Our planet, our people and our future are badly in need of a spirituality that is not rooted in erecting boundaries and “either/or” thinking. Our spirituality should be one of “both/and” — a spirituality that radically includes the forms of masculine and feminine, inner and outer, individual and collective, faith and practice.

There are many forces at work in the Cosmos, many opportunities for us to be over-stimulated or distracted, many different ways to express love. Our spirituality shouldn’t force us to choose sides against men, women or even love itself.

But what does this have to do with religion? Can’t a person be “spiritual” but not “religious?” END_OF_DOCUMENT_TOKEN_TO_BE_REPLACED

The Birth of Ego, The Fall of Man 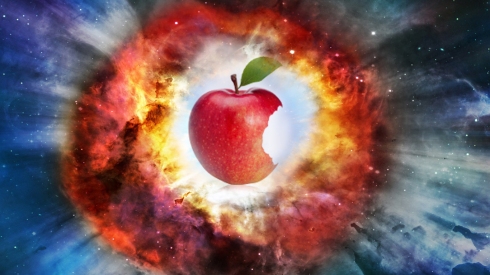 One of the key concepts in many religious traditions is the idea that man has fallen or broken away from God. It’s considered by some to be the “ascending” form of religion — where we reach up or return to a state of Oneness with the Divine, as opposed to “descending” forms of religion where God is present or manifest in Nature and heaven is on the ground at men’s feet. This state of “falling away” or brokenness is commonly illustrated with the idea of Original Sin, or as it is called in Tibetan Buddhism alaya-vijnana (translated as Store Consciousness or consciousness that “contains all the traces or impressions of the past actions and all good and bad future potentialities“). This is the birth of the ego and the point at which our mind itself starts to distance itself from its true (or original) nature.

We are born clean, perfect and brand new, filled with light and unwrapped for all the world to see. We are born without language, without memories, without bias and without prejudice. We are born fearless. It is the world around us that attempts to work its way inside our mind, bringing along with it the concepts (and in some cases contagious ideas) like fear and bias.

George Leonard in his book Mastery, writes that a baby learning language for the very first time exists in a state of playfulness, a state of nonsense — throwing every manner of random sound against the void — until certain sounds are positively reinforced by the community around them. If there was no positive reinforcement, language would not develop as it does. He also states that the opposite is true, that by trying to control or negatively reinforcing sounds created from this state of blissful awareness, we instill self-doubt and fear in the child, and slowly begin to chip away at this state of blissful awareness. This sense of playful exploration, of pure creativity and imagination is eroded away by those around us simply through the act of (sometimes unconscious) positive and negative reinforcement.

It is only when we reach the post-conventional stage of psychological development (adolescence into adulthood) that we have the opportunity to unlearn this conditioning.

There are those who read scripture and sacred texts literally (33% according to Pew Research). Those that think Jonah literally lived in the belly of a whale for three days or that Noah was able to corral two of every living animal onto a boat. And, there are those who think that a piece of fruit may have contained all the knowledge of the world. Picture an apple packed tightly with not only the sugary flesh of the fruit itself and all its nutrients — its DNA — but also with the entire alphabet of your respective language, the entire number line in both directions all the way to infinity, entire systems of knowledge like law and medicine, potential systems of knowledge (that didn’t yet exist) like physics and astronomy. There are those who believe that when Eve took a bite of the apple, it was this knowledge that infected her. That she now possessed a download of ethics — a framework for interpersonal relationships, when according to myth itself, interpersonal relationships beyond that of our two protagonists weren’t yet known. This moment according to scripture was a transgression of spiritual law, attempting to take knowledge from the tree, the source of life, from higher spiritual planes, from God himself and use it for human ends. However, there are hundreds of ways to interpret this scripture.

There are those who may read it politically, and as an attempt for the patriarchal structure of the time to control the existing (and still very much emerging) storehouses of knowledge in the world. There are those who may read it as a fable to their children, encouraging them not to overreach their boundaries or expectations or not to elevate themselves above their spiritual station or social class.

There are also those that, in an attempt to frame this story biologically, view it as partial at best when considering our homosexual, bisexual, and transgender sisters and brothers. Is this a story that they can identify with? And, if this is a partial picture of the biological diversity and sexual/gender identity — if it’s not “true” biologically, then what else might it be about? Maybe it’s the polarity of the male/female or masculine/feminine drives in all of us. Maybe it’s about the battle being waged by God and the devil over the souls of our illustrious couple in that garden paradise. Maybe it’s all of the above.

Some interpret all scripture figuratively. There are those that perceive the whale as a construct of Jonah’s unconscious mind or a symbol of something larger than himself. There are those that perceive the initial bite of that apple as the first appearance of what we have come to call Ego. Eve was immediately self-aware, and immediately perceived herself as something other, something other than perfect, something that needed work. And this is one of the many effects of the ego, it convinces us that we are not our true or original nature. It convinces us that our mind can fix it, that our mind is in control, that there is a “self” to be preserved in an impermanent world.

We must find a way to inoculate ourselves against these effects. Fear and self-doubt and attachment are all viruses of the mind and highly contagious. And unless we have in place a rigorous practice that is constantly renewing and strengthening our spiritual and psychological immune system, we are at risk of being infected by the idea that we are broken or sinful, that we are anything less than connected directly to God, anything less than apertures of light and energy and Christ Consciousness, of formless Buddha Mind, energy that as it evolves, assists God himself in becoming self-aware. END_OF_DOCUMENT_TOKEN_TO_BE_REPLACED