The Seven Day Media Cleanse: How and Why? 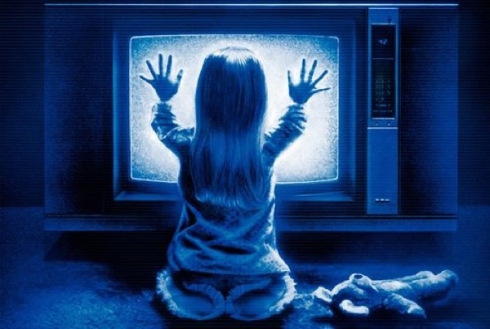 It wasn’t even my idea.

It was my seven-year-old daughter, Alchemy, who suggested it.

Her mother, Jennifer, and I had just finished our second juice cleanse of the year, and I think Alchemy was just caught up in all the cleansing and fasting and wanted somehow to be a part of it all. She got no argument from us. In fact, we had just been commenting on her ability to lose herself for hours in the ridiculous time-suck that is the “EZ Bake Oven” app on her iPad.

Recognizing the opportunity to break myself of that nasty texting-and-driving habit, I suggested we also incorporate devices and apps (like Facebook and Twitter) into the mix. Since she didn’t have access to these services, she was totally cool with it.

So, here were the fast and not-so-loose ground rules for our Seven Day Media Cleanse:

This meant no Facebook, Twitter, Netflix or Hulu and (voluntarily) included iTunes and streaming audio services (we have a family plan on Apple Music). For seven days, we would listen to vinyl at home and only have work-related access to e-mail and Google Drive.

We decided to start on a Sunday, as it seemed like a day we could easily keep ourselves occupied. However, I had forgotten, this wasn’t any normal Sunday. Jen had class all day, and I had the kids.

My morning routine usually consists of me opening my eyes, hopping out of bed, going to the bathroom, then getting back into bed and lying there for at least another half hour scrolling through my Twitter and Facebook feeds. Not so this morning. I got up, saw Jen out the door, made a cup of tea, put on a record, and started getting the kids ready for the day. I always find it easier to leave the house altogether when I have them. If we’re on the go, they can’t get bored, and they can’t make a mess. Do other dads do this?

We had plenty of books and records at the house to last us through the week, but we made a preemptive trip to Daddy Kool and Planet Retro to buy some records missing from our collection just in case (Jellyfish, Local Natives, Public Enemy, Tomahawk). This seemed completely justified and even proactive at the time. In hindsight, I guess I just like to shop for records.

Our dinner routine usually consists of sitting at the coffee table and watching TV while we eat. However, when Jen got home, we had dinner at the dining room table. Something we hadn’t done in a while. I said a short blessing before the meal, and we enjoyed all facing each other, talking and laughing.

Not being able to listen to music while driving kinda took some getting used to. The car is where I usually listen to the music I want to hear. I listen to entire albums at a time, and I listen to them loud. I most likely look like a fool to other drivers in traffic as I drum on the steering wheel and shred wicked air guitar solos. After I dropped the kids off at school, it was just me, my thoughts and the silence. The silence was deafening. My ears rang and my head throbbed. I talked to myself, and at times even noticed myself yelling – not in anger, just talking loud to fill the emptiness.