Does Our Name for “God” Really Matter? 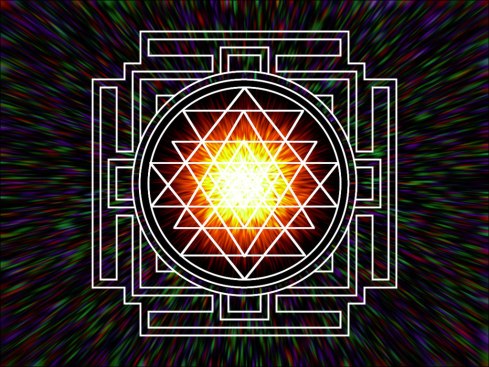 Being a religious studies major in college, I studied Buddhism, Taoism, paganism, and all sorts of other ‘isms’ that helped me to fully let go of the idea that “God” is some transcendent, dualistic-thinking, bearded dude up in the sky judging everybody.

I used to get into debates with Christians over terms and definitions and I moved away from using the term “God” for a long time in order to refer to the source of all that is.

I believe ‘it’ is within us and around us. We are part of it and it is us. ‘It’ is everything and we can influence how it shapes our lives through the power of our thoughts and feelings in regard to it.

That said, I recently reconnected with two traditionally Christian friends whose belief in that higher power — that source energy — is so unfailingly strong and beautiful that I was reminded again that our concepts of it are really no different, despite the fact that we describe it using different terminology.

They too see that my faith in energy and the magic of the universe is really the same as their faith in “giving it over to God.” They pray. I meditate. They go to church. I go to the ocean. It’s the same however and wherever we find it and whatever we choose to call it. Coming to that realization has allowed us to have some of the most incredible, heart-warming conversations and moments I’ve ever shared with anyone.

I say all this to justify my newfound use of the term “God.”

For the first time in my life it has a ring to it and I’ve started using it freely without air quotes when I say it and without the addendum, “God, ‘or whatever you choose to call it.'”

I’ve finally come to appreciate the term for its simplistic beauty to describe, to give name to all that is. It’s easy, it’s pretty, and dare I say, it’s sacred. I’ve started using it in my meditations on letting go, getting out of my own way, and allowing the universe to unfold without attachment to outcomes, or as Christians might deem it, “letting go and letting God.”

God is infinite and trying to use human words to describe something so beyond profound is likely the root cause of most of humankind’s religious disagreements and wars throughout time. That said, it’s really nice to come together and be able to agree on that at least.

Much love to my God loving friends who’s non-judgmental beliefs continue to prove that faith isn’t about believing that you’re right, it’s just about believing. More importantly, it’s simply about love, however you choose to term it.

Photographer, Traveler, Existentialist weirdo, currently on a journey to everywhere and nowhere. END_OF_DOCUMENT_TOKEN_TO_BE_REPLACED
This entry was posted on Sunday, January 19th, 2014 at 8:34 am and tagged with Buddhism, Christianity, God, paganism, pluralism, Taoism, terminology and posted in Debate, Interfaith. You can follow any responses to this entry through the RSS 2.0 feed.
« The Inner Cosmic Light
Re-inventing Religion with Matthew Fox »