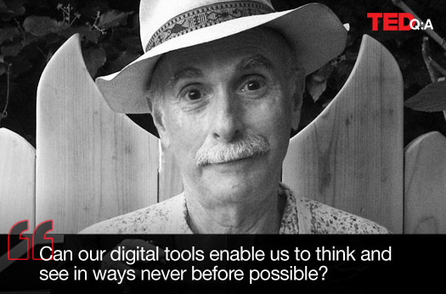 I had the pleasure of meeting Howard Rheingold at South by Southwest in March, 2012, where we discussed the importance of mindfulness in online communities. Here is a TED talk he did way back in 2005, where he presents his ideas on leaps in literacy (including the modern forms of “collaborative” or “peer-to-peer” literacy), predicts the computing power of the smartphone, and touches on two important social concepts — The Prisoner’s Dilemma and “the tragedy of the commons.”

“From [newly] literate populations, new forms of collective action emerged in the spheres of knowledge, religion and politics. We saw scientific revolutions, the protestant reformation, constitutional democracies, possible where they had not been possible before. Not created by the printing press, but enabled by the collective action that emerges from literacy.”

“Humans will inevitably despoil any common pool resource in which they cannot be restrained,” but are proven to “escape by creating institutions for collective action.”

What do you think the next leap in collective literacy will look like? Are we witnessing it now?